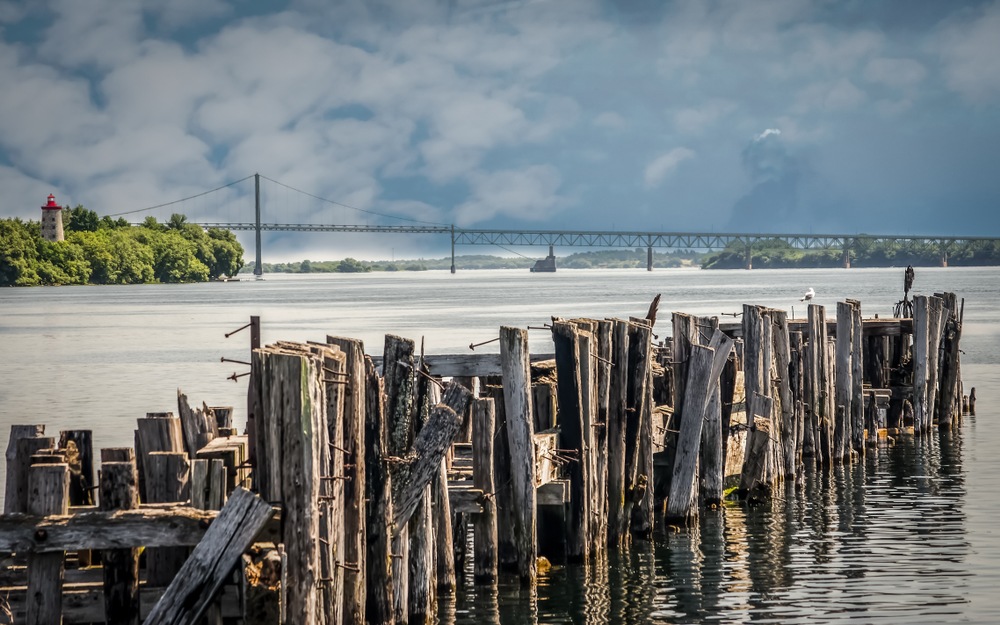 The sixth and final stop of the Tackle Warehouse Pro Circuit brings our field of competitors to the incredible St. Lawrence River in New York. This is their final chance to lock in an overall standing within the top 48, which is the requirement to qualify for the second-ever Tackle Warehouse TITLE! TITLE – the Pro Circuit championship – is a thrilling six-day event in mid-August where this year’s best anglers will duke it out for fishing supremacy.

But, let’s not get too far ahead of ourselves! Competitors and spectators still get to behold the jewel that is the St. Lawrence River from July 29th-August 1st. By draining the Great Lakes into the Atlantic Ocean, this awesome river holds near-countless amounts of smallmouth and largemouth bass. In fact, it’s considered to be one of the best smallmouth fisheries in the entire world – not just the United States!

Many pro events have had the pleasure of visiting the St. Lawrence River over the past few years, but this is the first time for both the Pro Circuit and the FLW Tour. Instead of being sad over what we’ve missed out on, we are instead looking forward to this event with great excitement for what the river has in store for us first-timers! Containing everything that our anglers could ask for – ranging from sand flats to rock piles, deep grass, and more – we anticipate that the quality of fishing will match the breathtaking scenery.

Even with the lack of Pro Circuit history on the St. Lawrence River, we can still look to other series of competitions to glean what to expect. For example, final-day weigh-ins on this river have exceeded 90 pounds! To put that number into perspective, consider that Jacopo Gallelli just won the Potomac River with a four-day total of 65 pounds and 3 ounces – and that was after reeling in 20 pounds on the final day. So far this year, the highest winning total was from stop one at Lake Okeechobee, where Skeet Reese dominated with nearly 83 pounds.

The smallmouth bass population of the St. Lawrence River is likely going to determine who takes home the crown for this event. Dragging and drifting for deep smallmouths is often the most reliable way for anglers to reel in those river-bottom fish. In shallow waters, expect a larger variety of options like swimbaits, jerkbaits, and even topwaters.

With the lakes off limits for anglers, the shallow waters of the river should make for an exciting event! Anglers with more experience picking apart shallow smallmouths will have a leg up over the competition here, as every single ounce will count until the final weigh-in. This is especially true as northern events typically have close weights and competitions that go down to the wire.

With only one event left to determine Angler of the Year, we’re going to be keeping a careful eye on the leaderboard throughout the weekend. This honor distinguishes the one angler who finishes with the highest amount of points after all six legs of the Tackle Warehouse Pro Circuit. Currently, that would be Michael Neal, who sits at 934 points on his way to the St. Lawrence River. However, the rest of the field is hot on his heels, including our very own Cody Meyer (802 points) and Spencer Shuffield (763 points)! With so much still on the line, Blazer Boats is excited to see what happens July 29th. Look out for our event recap after its conclusion – you’ll find it right here in our blog!