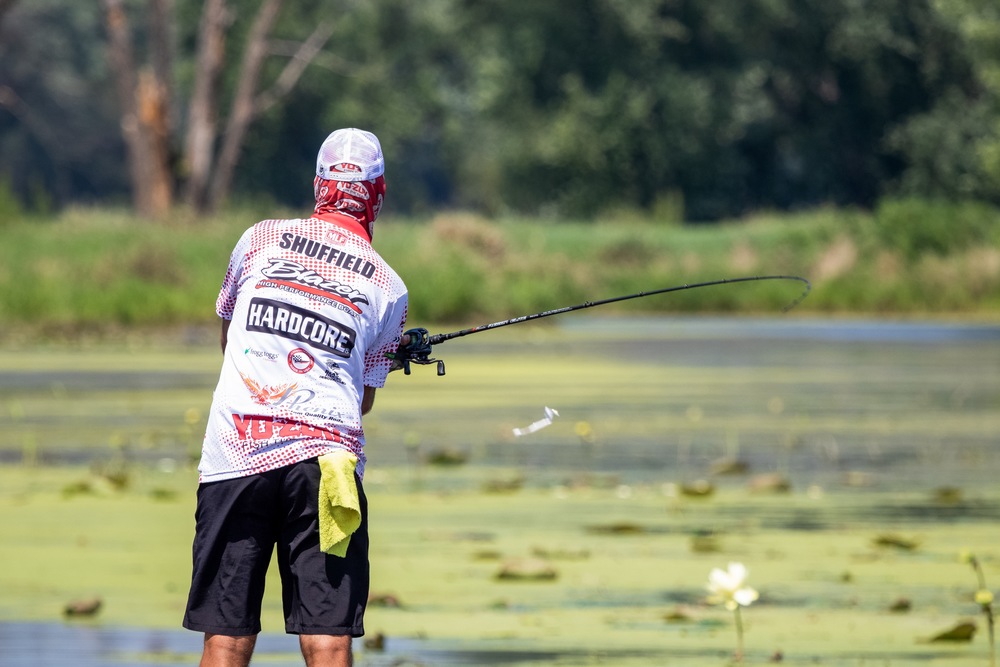 After months of premier angling to determine the top fishermen of the year, things finally came to a head in La Crosse, Wisconsin. Truly, these 48 anglers represented the best of the best in 2021, and they were joined on the Mississippi River by last year’s Angler of the Year and reigning TITLE champion as well. With a purse of nearly $900,000 and the coveted TITLE belt at stake, the stakes couldn’t have been higher.

Throughout the exhausting six-day event, we saw that – even though there were multiple ways to catch bass – the most rewarding bite was found in the topwater. Shad, one of the most popular baitfish for bass, were found in great abundance as many anglers reeled in much of their damage from shallow waters. Let’s take a look at some of the baits that our pros relied on.

Plenty of different baits were used to target the fish preying on the plentiful shad, ranging from shaky heads to walking baits. Throughout the event, some anglers relied on staples such as swim jigs and buzzbaits to consistently attract some attention. In other cases, they used frog baits to reel in the fish that hovered in the grass around shad.

Amidst the crowd of 50 top anglers, three were from Blazer Boats’ very own family of pro anglers. Evan Barnes (48th), Spencer Shuffield (31st), and Cody Meyer (16th) all notched a significant landmark in their careers by participating in this year’s TITLE, which is meant to include only the finest anglers in the world. With hundreds of thousands of dollars in winnings and countless top 10s to their name – including another circuit packed to the gills with successes -these three exceptional anglers were able to cap off another unforgettable year of Major League Fishing with strong performances when it mattered most.

In the race for Angler of the Year, Michael Neal just barely edged out fellow fisherman Skeet Reese for this prestigious title. However, just like the TITLE championship, Blazer was well represented in the final standings. After a sensational performance across all seven stops of the Tackle Warehouse Pro Circuit, Cody Meyer locked in a 6th place finish and nearly $100,000 in winnings in the race for AOY, while other Blazer pros Spencer Shuffield (29th) and Evan Barnes (38th) joined him in the top 50 of the standings.

Blazer Boats looks forward to next year’s Pro Circuit in great anticipation of how our anglers will leverage this memorable year into another season of bass fishing! The 2022 season will cast off on January 27th, as all our favorite pros hit the waters of Sam Rayburn Reservoir in Brookeland, Texas. Check back in on the Blazer blog for updates as we follow our pros into a new year of competitive bass fishing.