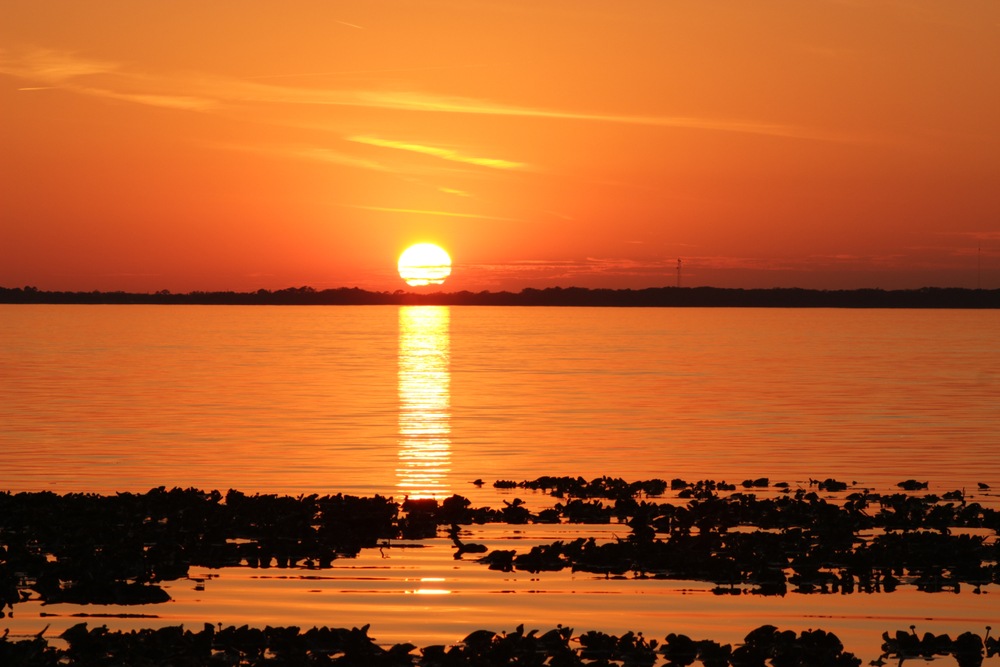 The Tackle Warehouse Pro Circuit’s visit to Florida has come to its close, and events at the Harris Chain of Lakes went just about how we expected them to. Even with a wide variety of marine environments available to the pros across the ten different lakes, many catches came from offshore shell and grassy flats. At the conclusion of the event, an 18-pound bag was all it took to seal the deal.

After four grueling days of competition, 2022 rookie Christian Greico came out on top – but that didn’t stop Blazer’s pros from making important headway on the leaderboards. Spencer Shuffield and Evan Barnes both started their 2022 campaigns with remarkable efforts at Sam Rayburn Reservoir, finishing 4th and 5th respectively, and success at the Harris Chain of Lakes was next in their sights.

After the first day on the lakes, Blazer’s pros all reeled in varying degrees of success. Evan came away with a 9-pound 6-ounce 4-bag, which was enough to lock him in at 124th place going into day two in Florida. Spencer, who was also looking to build on his top 5 finish in January, was able to reel in five catches – good enough for an initial placement at 45th. And, it was our other pro, Tyler Woolcott, who found the most success on day one with a 15-pound 5-ounce 5-bag and ended at 32nd place.

Then, on day two, our pros turned up the heat on the competition. Evan found his groove and reeled in a 5-bag, adding over 14 pounds to his total, and making the most progress of all our pros – ending up at 92nd. Unfortunately, this was not enough to qualify for the last two days of competition, and his 2nd stop of the circuit came to an end. After two events, Evan is sitting pretty at 36th place on the overall leaderboard.

Tyler also had five more catches to his name at the conclusion of the second day, bringing his total weight up to 25 pounds and 10 ounces. However, this was not enough to make the 50-person cutoff going into day three. Still, Tyler has leveraged enough success this year to land at 41st on the overall leaderboard – with $15,000 total in winnings for the 2022 Tackle Warehouse Pro Circuit.

Out of all our pros, Spencer was the one who made it the furthest at the Harris Chain of Lakes. His consistent performance across the first two days of the event was enough to qualify for the third day of competition, thanks to his total haul of 28 pounds and 4 ounces at that point in time. He added another 16-pound 10-ounce bag on the third day, which was good enough to catapult him into 24th place before ending the event. After two top-25 finishes to start the year, Spencer has accumulated 374 total points and sits at 2nd place in the overall standings.

Now that Florida is in the rear view mirror, we’re already looking ahead to stop 3 of the Pro Circuit at Pickwick Lake in Counce, Tennessee! Since fish will likely be found at every stage of spawn, we expect the results to be unexpectable. With our three pros locking down three spots in the top-50 of the standings, we can’t wait to see what the next four stops of the circuit have in store. Stay tuned to our blog for more updates as they come!